War Dogs opens August 19, 2016.  “War Dogs” is Todd Phillip’s new film. It is based on a true story and book by Guy Lawson of the same title. To sum up the film in one sentence: it’s when good Jewish guys, who were best buds at Hebrew Summer Camp watch way too much of […] 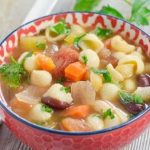